Rescue date: Sep 7, 2018 Favourite Food: Millet Best friend: “Hisss, Iam the King and you are all my subjects”

It takes just one person to make a difference in the life of an animal, or in this case 7 little ducklings. We got a call from a neighbour concerned about baby ducks and chickens on what appeared to be an abandoned property.  We went to investigate, and we agree that the place looked abandoned and there was no food or clean water in sight for the birds left behind.  In fact, what was supposed to be a duck pond would be better described as a cess pool.

The 7 little babies were gathered up into a crate and made their way to our farm.  Immediately given shelter in our barn, food, clean water and a baby pool.  They were understandably very timid and stayed glued to each other as a large fluffy white mass of feathers.  Each with their own distinctive head markings, but didn’t stay still long enough for us to figure out who was who.

At first, we didn’t think we could find room for them at the farm, but we kept our fingers crossed that we could figure something out.  Volunteers Amber and Shawn came to the rescue and the Waddle Inn was built.

The 7 ducks quickly grew (they are bred as meat birds) and completely changed their head markings.  After a couple of months, Arthur developed the most amazing red markings on his face.  The telltale sign of a male muscovy duck and a fitting head covering for such a majestic bird.  At first we couldn’t tell him apart from Duke unless Briar was nearby (his mate).  But now he is easy to spot as he is bigger than Duke (who we thought was big). 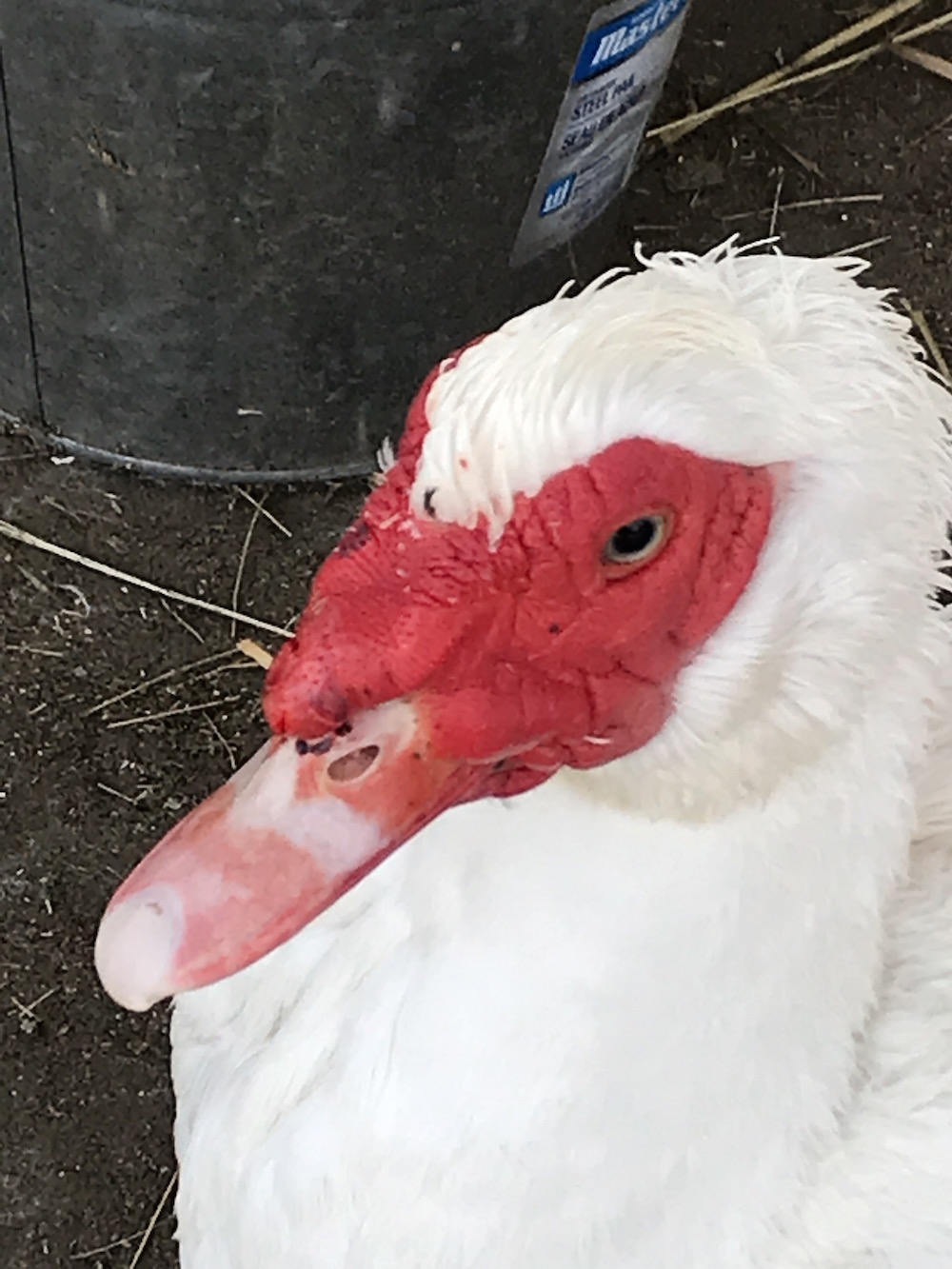