Clyde taught us so many things in his short life and many lessons on the care of farm animals. Through our three years together, I do have regrets, but at the end of the day Clyde had a wonderful happy life at the farm, gave so many people joy, and was saved from slaughter.

Wednesday, Dec 12th, we knew right away that Clyde wasn’t felling well when he got served breakfast in bed. Breakfast for goats is party time! This was the exact opposite (photo above). We monitored him all morning, saw that he wasn’t eating or drinking and decided we needed to call the vet. Unfortunately, our farm vets were super busy and weren’t able to come out till the next night (we’re working on finding a solution to this). Dr. Aaron diagnosed calculi stones that were stuck in his urethra. This is a very painful and life threatening condition if not treated.

We know all too well about calculi stones. Clyde was treated for them as a baby just one month after we rescued him. He had emergency Penile Ambutation surgery (you can imagine what this is by the name) at the farm without sedation. I have never shared publicly about this, but it was a horrible experience that I will never forget and vowed that this lack of pain management would never happen again to any of our animals. This was our first experience with the difference in care between companion animals and farm animals. A short time later Barney developed the same condition and went for surgery to the vet clinic. We then put both Barney and Clyde on a daily dose of Ammonium Chloride, limited grain, and lots of warm drinking water. Ammonium Chloride helps to balance the PH in their urine and drinking lots of water helps to prevent the stones from developing.

This time round, Dr. Aaron recommended that the only course of action to save Clyde was perineal urethrostomy surgery. With this technique, a permanent opening is made in the urethra through which the animal voids urine. We understood that after the surgery Clyde would be urinating from his back end with the worse case scenario being that he would get urine scald on his skin. We decided to go ahead with this surgery and it was booked for the following day (Friday).

I did a lot of research into this and it was really tough to read the articles because they are about “meat animals.” Here’s one quote: “Cost is always a factor in the treatment of ruminants, many of which are destined for slaughter.”

On the way to the vet clinic, Clyde really perked up, so much that we were hopeful he wouldn’t need the surgery. We were hoping he had passed the stone(s) on his own. We asked the vet to do diagnostics to see if he really needed the surgery. Later that day, we were told it had to be done and he had the surgery late that night.

I went to see him Saturday and thought maybe we could bring him home. After thinking it through, I decided he needed to stay at the clinic just in case he needed some post surgery medical intervention. I went to see him again on Sunday and he looked a bit better. This was the best place for him to be monitored by the vet.

On Monday, Bill and I went out to Edge Wholesale in Aldergrove to get supplies needed to make up a comfy safe place for Clyde in the farm garage. It was a sign of stress, that I only bought one mat when we needed 5 so we had to go back to Aldergrove to get them and then back to farm. Once the stall was set up we went to go pick up Clyde. The vet was called out on an emergency and I was so disappointed we weren’t able to bring Clyde home.

The next day, 3 days after surgery, Bill and Matthew brought Clyde home! Everyone was so happy to see him and even Barney had time visiting him. We are hopeful that now he is home, he will start to heal.

He came home very swollen and bruised from surgery. We set up a chart to keep track of what he ate, drank, his meds and any sign of urine or feces. ⠀⠀

Clyde had a special blanket when he was a baby and I happened to find it in a farm closet and thought he might like his blanket while he’s recuperating from surgery. Dawn set up our Nest cam in the isolation shelter to check on Clyde during the night. This cam has been one of our best investments.

It’s Saturday (8 days after surgery) and we’re really worried about Clyde because he’s not eating and only drinking the smallest amount. We asked Dr. Aaron to come by. He checked all his vitals which looked good and took Clyde for a walk. Clyde immediately devoured all the evergreen boughs in our Christmas pots. We are so excited – we found something he will eat and he’s up to his old tricks. Dr. Aaron recommended we give Clyde Gatorade to replenish his electrolytes and gave him a shot of steroids, medicam, and antibiotics. I tell myself we’re going to see an improvement tomorrow (Sunday). 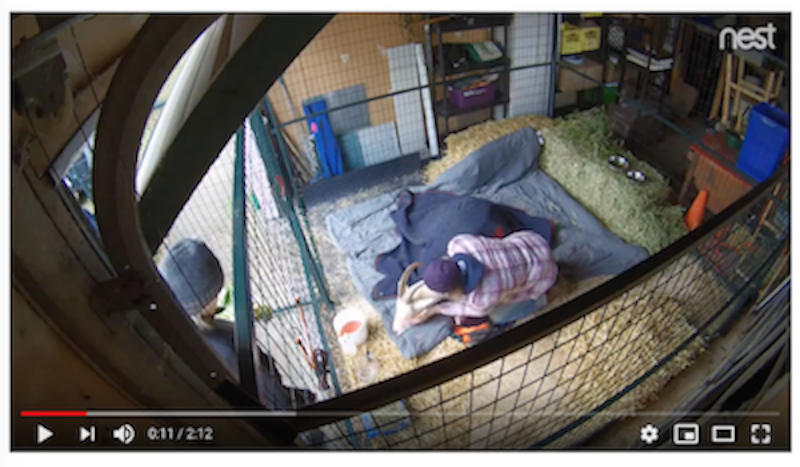 Video: Behind the Scenes Taking Care of Clyde

It’s Christmas Eve (Monday) and we’re still really worried about Clyde. He had his last dose of pain meds and we asked Dr. Aaron to come by to check on him. Dr. Aaron assured us he is not in any pain from post surgery, but is mystified why Clyde won’t eat. We are enticing him with all sorts of treats, salad, cutting up his hay and soaking it. He’s not even interested in the alfalfa hay – which he’s never been allowed to have before because it’s too sweet and high in calories. Dr. Aaron gave me syringes for another round of shots to give him tomorrow.

Once again we are hopeful. Clyde seemed to have perked up and it’s Christmas. Chris and Dawn moved him back into his goat house to be with Barney and set up the Nest cam in the goat house, so we again could monitor him.
Clyde started to go downhill rapidly and we called the vet. I talked to Dr. Tom, but from what I described to him on the phone, he was not hopeful and wanted us to be prepared for the worse. He was on his way but called me a bit later to say he got called to save a prolapsed cow and would come to our farm next. Dawn, Chris and I stayed with Clyde, told him stories about when he was a baby and how he is a fighter. We stroked his head all through his labored breathing. Barney was close by.
Late Christmas night Dr. Tom arrived. Clyde had managed to move through the goat house door and was half in and half out. It was pitch black. We set up portable lighting and Dr. Tom took Clyde’s vitals. He said that Clyde’s body was shutting down and we needed to ease his suffering. We agreed. But Clyde’s blood pressure was so low, Dr. Tom struggled for what seemed like days to administer the lethal dose. I would like to tell you Clyde went peacefully, but I don’t feel that is the right thing to say. I do know that we gave Clyde a fighting chance, but are questioning whether it was the right thing to do.

I agreed to have a necropsy done on Clyde so that we could find out what the hell went wrong. It showed that Clyde was riddled with stones in his kidneys and bladder and he had peritonitis.

We need to focus now on Barney’s health because we know he has stones. Barney had the same penile surgery as Clyde when he was a baby. We have Barney on a very strict diet now which is one more change he has to accept. But Clyde has taught us that this is life or death for Barney.

I have a lot more to say about the care of goats and farm animals (for another post). But my promise to Barney, and Clyde’s legacy is to find preventative measures beyond this surgery.

I will be posting a happier post with a celebration of Clyde’s life, all the friends he made, and all the joy he gave. 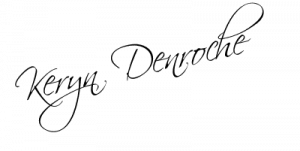 Here are some well-written articles about Clyde’s condition and surgery:
Surgery of Obstructive Urolithiasis in Ruminants

Protein: What happens when you feed too much