We got an email from a local woman who rescues a lot of animals from factory farms. She has asked us several times if we have room for one of her rescues and we’ve had to tell her no so many times, which is the hardest part of running a farm sanctuary, but finally we could say yes!

“Hi, I am looking for a home for our blind tom Turkey. He is 6 months old and rescued from a big production barn. He has good legs and is a sweetheart. Will never be aggressive. Loves people and gets on well with his impairment.”

We knew this might be a good fit for Ruby who is a very gentle bird. We went to meet Ray a couple of weeks ago. We learned more about his story and that he has been blind since birth. He is the same breed as Ruby but much larger (Ruby looks tiny beside him). We agreed to take him, but asked if we could wait until the cold snap was over because Ruby was sleeping in the chicken coop and there would be no room for another turkey!

But we got an urgent text a week later that the production farm wouldn’t wait any longer for us to pick up Ray. If we didn’t get him by Wednesday, he would be slaughtered along with all their other birds.

We picked Ray up on Tuesday. He is in a crate beside Ruby’s crate in the barn. We’re keeping him in a small space so that it’s not too overwhelming for him to get to know his surroundings. This is a video from Thursday morning of hand feeding him and then we’ll make sure we put his food and water in the same spot every day. We are confident that Ray will thrive with all the attention he is going to get from our volunteers and children. We’ve learned a lot from Gracie on how resilient visually impaired animals can be with just a little help from their friends.

He has the most magnificent colouring on his neck that changes colour with his emotions.

Welcome to the farm Ray Charles ♥ 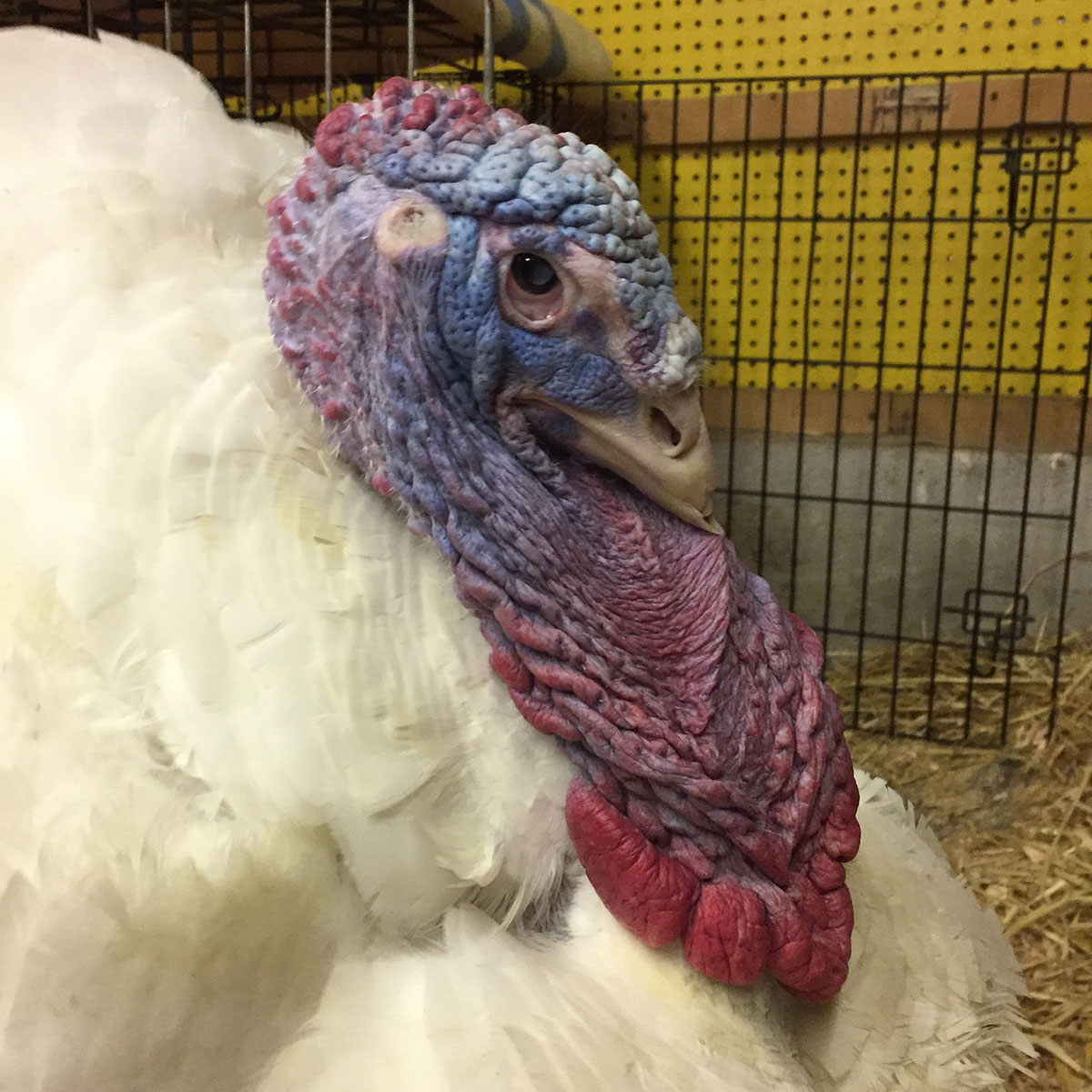 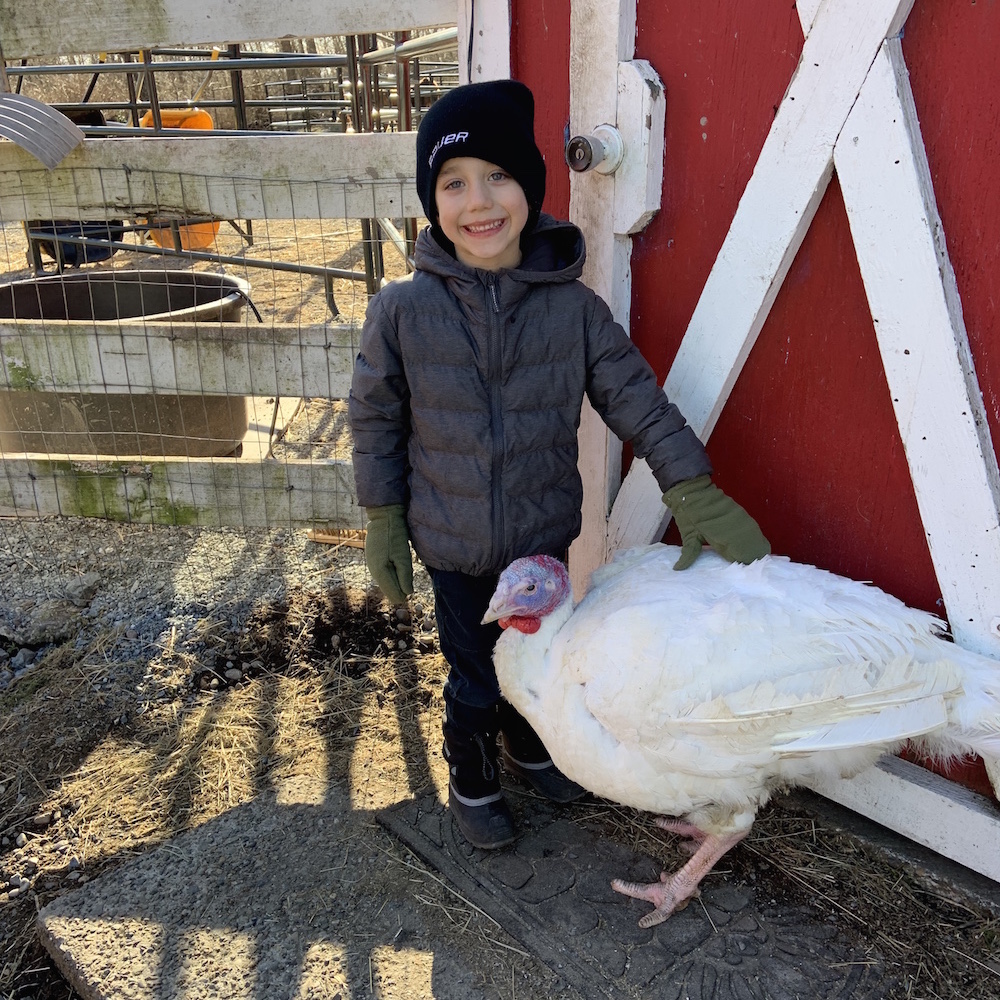 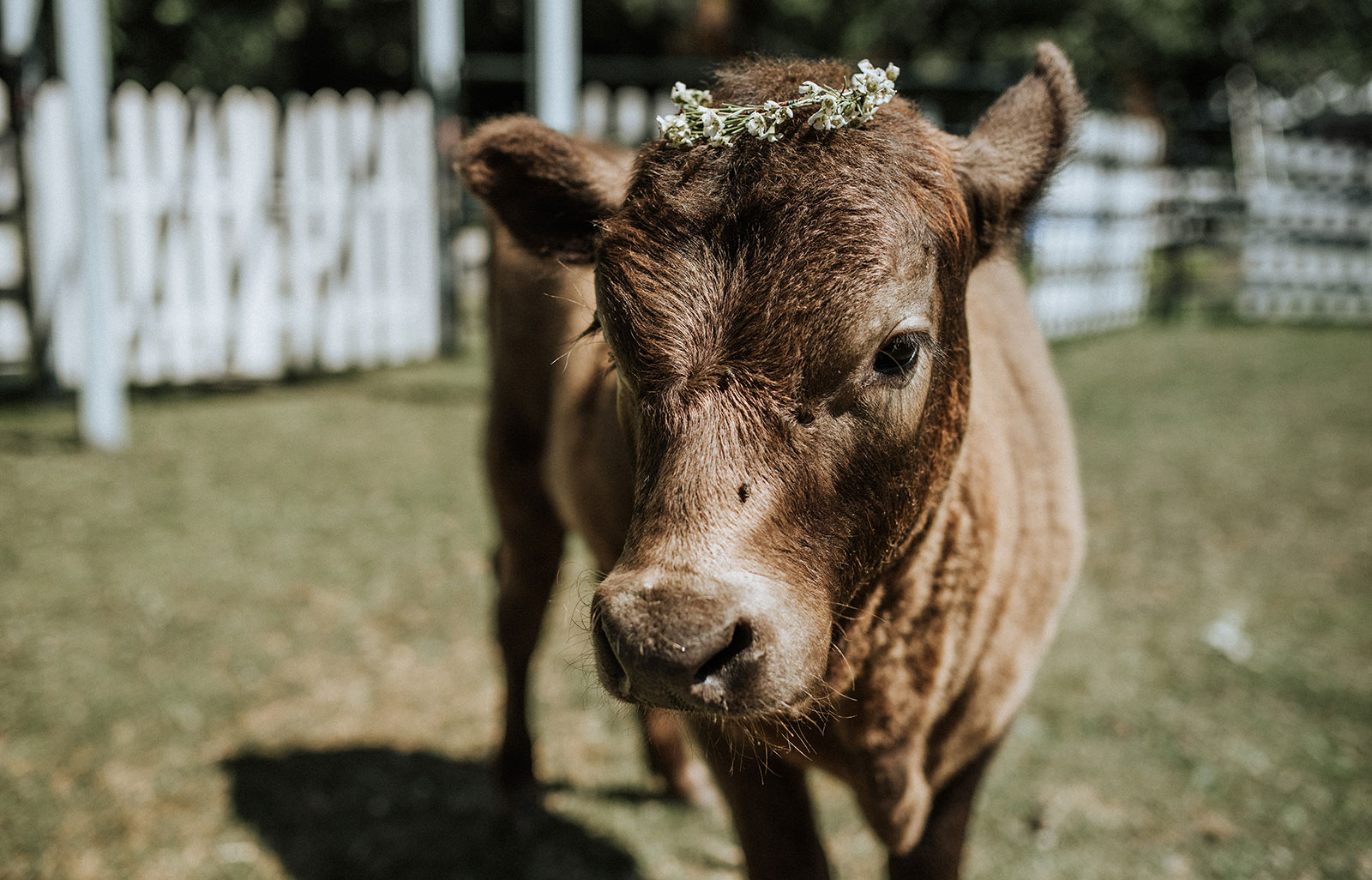